How are your gloves coming along? If you have the fingers finished, it’s time to put them all together. If you are joining us a bit late, you can read about the knit along, get the pattern, see what we did previously, and knit along!

This page contains affiliate links which may pay me a small amount if you buy something through a link you click. This helps keep the website running, but it doesn’t cost you anything extra.

At this point, you’ve knit four fingers and a thumb. The stitches are on holders or needles as described in the pattern, The next part is probably the fiddliest bit of the entire glove; it gets much easier from then on.

Now join the Little Finger in the same way you’ve worked the others, placing the stitches between the fingers on safety pin holders. You’ll now have four fingers joined together. Work around for several rounds until you reach the base of the thumb.

You may be tempted to save this weaving-in until the end, but I encourage you to do it now. It is much easier to reach this spot now, before you knit the rest of the hand.

If you have trouble getting to the stitches, you can always put the hand stitches on a waste yarn holder while you weave in the ends.

You know what’s next, right? The thumb! Join it in the same way you’ve joined the previous fingers, and join me back here next week to work the gusset and cuff.

If you have questions along the way, leave them in the comments below. I’ll be monitoring it and responding daily.

Continue to Part 4 of the Knit Along. 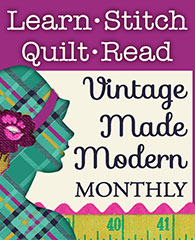 This website uses cookies to improve your experience while you navigate through the website. Out of these, the cookies that are categorized as necessary are stored on your browser as they are essential for the working of basic functionalities of the website. We also use third-party cookies that help us analyze and understand how you use this website. These cookies will be stored in your browser only with your consent. You also have the option to opt-out of these cookies. But opting out of some of these cookies may affect your browsing experience.
Necessary Always Enabled
Necessary cookies are absolutely essential for the website to function properly. This category only includes cookies that ensures basic functionalities and security features of the website. These cookies do not store any personal information.
Non-necessary
Any cookies that may not be particularly necessary for the website to function and is used specifically to collect user personal data via analytics, ads, other embedded contents are termed as non-necessary cookies. It is mandatory to procure user consent prior to running these cookies on your website.
Functional
Functional cookies help to perform certain functionalities like sharing the content of the website on social media platforms, collect feedbacks, and other third-party features.
Performance
Performance cookies are used to understand and analyze the key performance indexes of the website which helps in delivering a better user experience for the visitors.
Analytics
Analytical cookies are used to understand how visitors interact with the website. These cookies help provide information on metrics the number of visitors, bounce rate, traffic source, etc.
Advertisement
Advertisement cookies are used to provide visitors with relevant ads and marketing campaigns. These cookies track visitors across websites and collect information to provide customized ads.
Others
Other uncategorized cookies are those that are being analyzed and have not been classified into a category as yet.
SAVE & ACCEPT
Powered by